Excitement on the Bee Haven today! As I was sitting in my room perusing through magazines and contemplating today’s plans, I was buzzed back to reality by quite the loud hum outside. I’m thinking, “the bees are loving this weather!” I glanced outside and see this:

Up until now I had stayed out of my mom’s bee venture simply because the idea of getting stung did not appeal to me. It still doesn’t. However, as fierce as a swarm may appear, bees are at their gentlest in a swarm. And that’s because they have packed up their belongings (aka honey) and are primarily concerned with finding a new home and securing their honey. They also don’t need to protect their brood as it gets left behind with the other 50% of the colony that decides to stay. 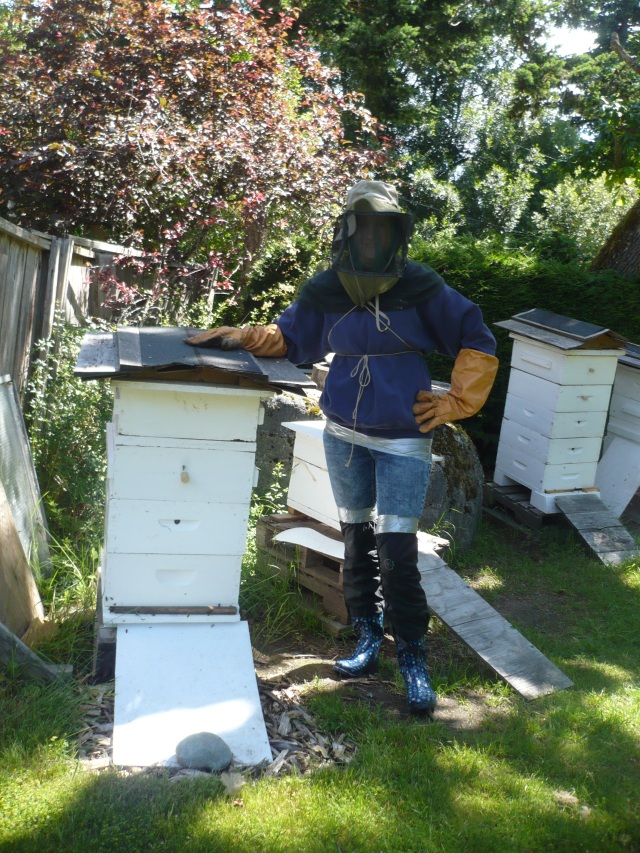 Taking the plunge today would kick start the season with some frenzy and it would definitely help out the sole swarm catcher (aka mom). I raced to get some gear on. Here’s a picture of what I managed to assemble – two nets around a floppy hat and gaiters over my rubber boots. Paranoid of having one of those little buggers crawl under a layer and then getting stuck, I sealed off everything with duct tape. If I did get stung, so bee it.

Catching a swarm can be tricky. It can also be surprisingly easy. It really depends on where the bees decide to settle. I think it was our lucky day. After 30 minutes, they attached themselves to a lower branch of a Garry Oak tree about 12 meters from their original hive. They will stay put for a few hours  or a whole night until the scout bees come back with great news of  a permanent better home. Before that happens though, we need to convince them that the house they are about to fall into, is cozy and suits their needs. 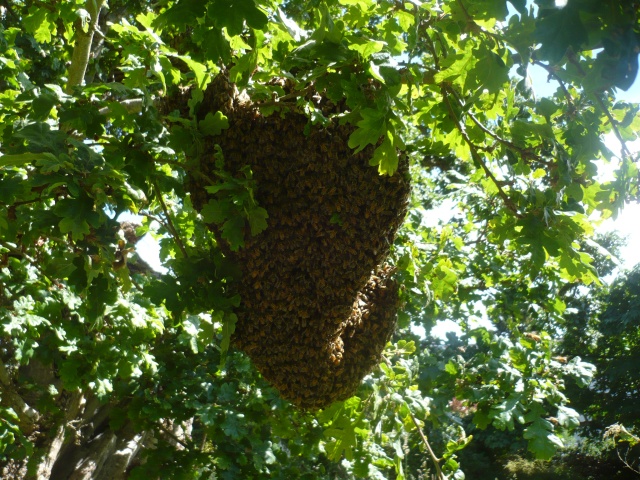 You don’t have to do this, but today we stuck a cardboard box over top of the frame to act as a tunnel. Now the scary part. We gave the branch one big shake…and whoooosh, they dropped like a ball of bees, landing mostly in the box. 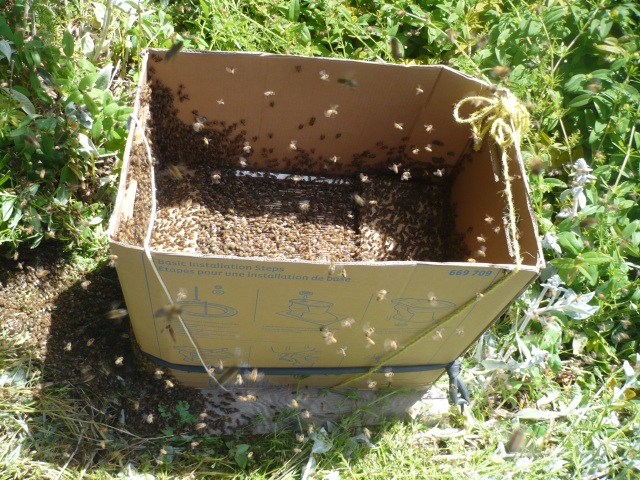 Smooth operation and I’m still stingerless. Success! Now if only we knew that the queen was inside. If she was outside of the box or still up in a tree branch left behind, the entire gang would eventually fly back to her and we’d have to start all over again. So make sure to leave no evidence behind. 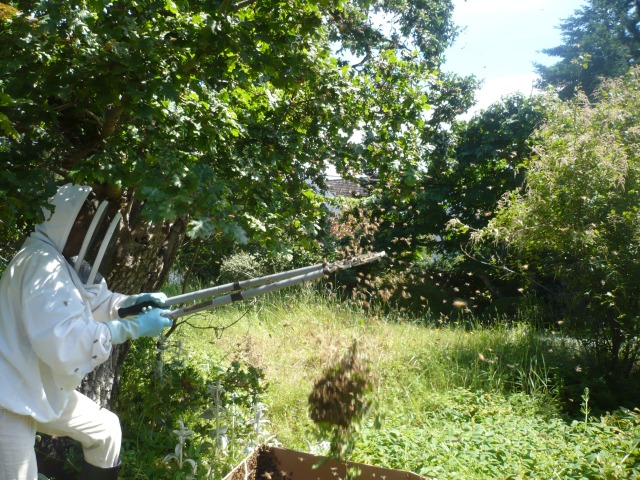 Finding a queen for me at this point, is quite a challenge. Look at this picture and tell me if you see a queen?? Or begin with differentiating between a worker and a drone bee.

This entry was posted in Swarm and tagged beekeeping, Swarm. Bookmark the permalink.